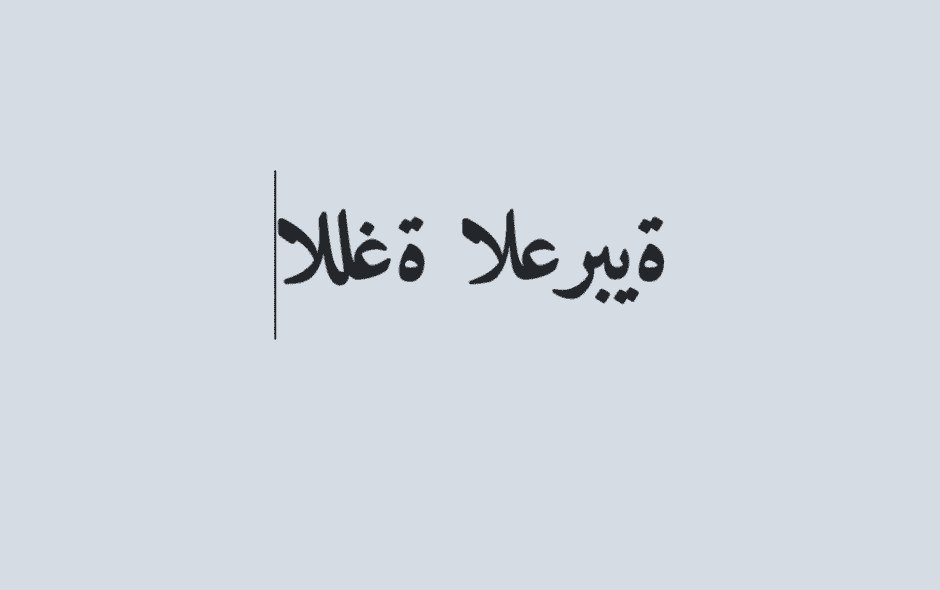 If you work for a Hollywood studio, a postproduction company, or a language service provider, and you occasionally have to deal with Arabic/Hebrew text, this article is for you.

This article has been originally published on LinkedIn.

Let's talk about Arabic in entertainment.

I'm not here to talk about portrayal of Arabs in film. For that you can read Jack G. Shaheen's Hollywood's Bad Arabs.

I'm here to talk about Arabic: the language, the written words on the screen.

Embedding non-English text on-screen –like on a billboard, a news ticker, or a piece of paper– usually involves copying words from a document or spreadsheet and pasting them into a video-editing software, i.e. Final Cut or Premiere, then creating a version of the scene with the text burned-in into the video. Sometimes, the text is typed into the software directly by a user.

In either process, RTL (right-to-left) text suffers. Often, it gets reversed/mirrored per the example in the header and below; effectively creating a very disturbing and, on some level, disrespectful viewing experience to any consumer native to or familiar with the language.

This is a known issue in graphic design, web/UX design, desktop publishing, and software localization, and there are numerous tools, plug-ins, add-ons, free and premium, that are specifically created to solve these issues. Entertainment can and should do better.

No filmmaker or content producer does this intentionally, I presume.

Is it the lack of resources, language skills, cultural context, and/or technical tools that allow for this to happen? But, wait a second. If that is true, you would expect an entirely different product when the content producer is a big company with a big budget and accessible native Arabic staff or collaborators who would be more than willing to ensure that Arabic text and cultural elements are presented correctly. However, it is extremely rare to find Arabic displaying properly in these big titles.

Below are some examples, and I am sure there is a ton more that other people can share:

At Delos International branch in Dubai. The welcome sign is not at all welcoming in reversed Arabic.

This is a (great) movie about linguistics and human/alien communication. Exactly.

Money Heist is one of the most hyped Netflix non-English shows in the Arab world. Not a small fail on the season finale.

Every language in there is correct, but not Arabic. Is RTL that difficult to figure out in postproduction?

I would welcome any notes, questions, or disagreements in the comments. More importantly, if you are a filmmaker or a producer working on a title that involves Arabic text or cultural elements and you need consultation, please feel free to reach out to me via LinkedIn or email at ahmad.h.alkhateeb@gmail.com.

Thank you to all entertainment professionals, in front of and behind the cameras (and the desks) who help bring spectacular stories to the whole world!